The Associate Artists’ Programme at glór 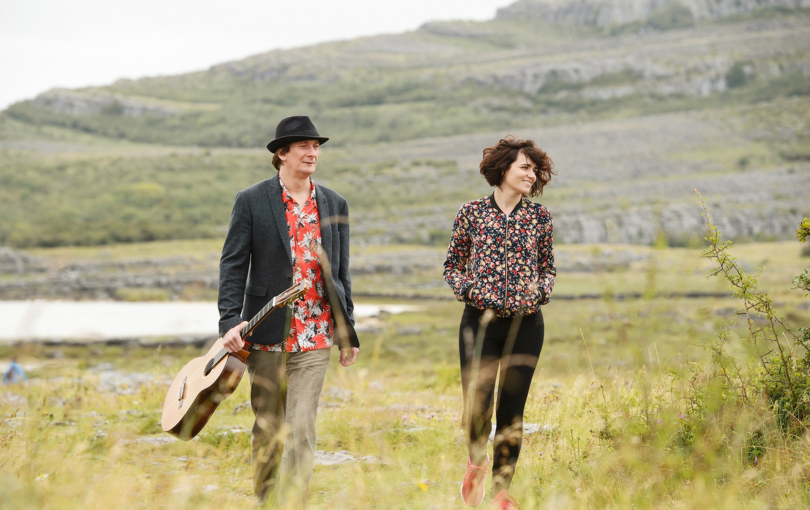 glór is delighted to launch a new Associate Artists’ Programme for 2017 with associate artists Dr. Dave Flynn, founder and Artistic Director of The Irish Memory Orchestra and Catherine Ireton, an award winning singer, songwriter and storyteller originally from Limerick and now based in Brighton, England.

Through this unique programme glór aims to support artists – a key strategy for glór in its development as an arts centre – in fostering and nurturing creativity; to encourage connections between artists, audiences and communities throughout Clare, and to facilitate the creation of new work inspired by Clare’s unique culture and landscape.

Dave Flynn has been described as a ‘Genre-Jumping Genius’ (Tradreview.com) and praised in the New York Times for the ‘power and grittiness’ of his music. This multi-award winning composer ‘occupies a unique place in the world of music.’ (Martin Hayes – The Gloaming)

Flynn has redefined the possibilities of orchestral music by creating the cross genre Irish Memory Orchestra, who are the only orchestra in the Western world to perform exclusively by memory.

2017 marks Dave’s 40th birthday year with events around the world scheduled including a tour of Japan, the premiere of his Memory Symphony by the Irish Memory Orchestra in Dublin, the release of Genre Jumping on Frisbee Records, and Mel Bay publishing his complete works for guitar.

Flynn’s music has been performed in prestigious venues including MoMa, (New York), Moscow Cathedral and Ireland’s National Concert Hall. He has featured in performances of his own music in Japan, South Korea, New Zealand and all over Europe including Germany, the UK, Russia, Estonia, Romania, France, Sweden and the Czech Republic. His compositions have been performed by ensembles including the Prague Chamber Orchestra, Irish Chamber Orchestra, Crash Ensemble, New Juilliard Ensemble, Smith Quartet, Vanbrugh Quartet, RTÉ Contempo Quartet, Dublin Guitar Quartet and RTÉ Concert Orchestra. He also regularly collaborates with some of the most renowned traditional Irish musicians including Martin Hayes, Dennis Cahill & Máirtín O’Connor. He is the recipient of numerous awards including the 2016 Eamonn Ceannt Commission, 2004 Huddersfield Contemporary Music Festival Composers’ Award, the 2002 IMRO/Feis Ceoil Composition Award and multiple grants from the Arts Council of Ireland and Culture Ireland.

His music is regularly featured by broadcasters including RTÉ Lyric FM’s Carl Corcoran and WNYC’s John Schaefer, who dedicated a special edition of New Sounds to Flynn’s work in 2009. He has a distinguished career as a music academic, holding a PhD from the DIT Conservatory of Music and Drama for his much cited thesis Traditional Irish Music: A Path to New Music, (2011). His writings have been published by The Journal of Music and Na Piobairí Uilleann.

Patricia Callaly, Interim Director at glór notes: ‘We are very excited to launch our new Associate Artists’ Programme and we welcome Dave Flynn and Catherine Ireton – two notable music artists who are at the top of their game – to launch the programme.

The scheme will create opportunities for exchange between the Associates and other artists and communities connected to glór, and will ultimately provide greater insight into the creation process with potentially, new work for glór’s audiences.’

Catherine Ireton specialises in creating a type of intimate theatre that has music, song and stories at its heart. She creates work for site specific locations such as hairdressers and railway stations and has performed all over the UK and Ireland as well as commissions and productions in Seoul, Hong Kong, Macau and Shanghai.

She has recorded seven albums and EPs working with musical collaborators such as with Belle and Sebastian, God Help the Girl and Go Away Birds. Catherine’s work is produced by Farnham Maltings and she will perform In Good Hands, an interactive show inspired by the world of hairdressers – of secrets, trust and our human need to share and connect this July in collaboration with glór and The Ennis Street Arts Festival. 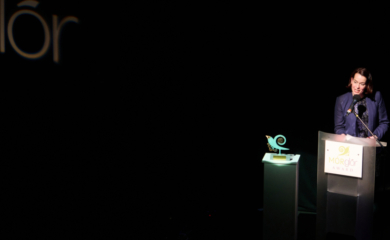 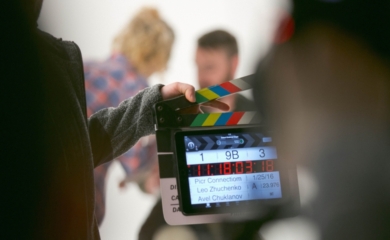