Please note this event is now postponed until June 2021.

Please note that, due to the current Covid 19 health circumstances, The Irish Chamber Orchestra concert scheduled for 22nd April 2020 has been postponed to an unspecified date in June 2021. glór Box Office will be in touch with bookers over the coming days to refund or credit your tickets.

Schnittke’s Moz-Art à la Haydn brims with virtuosity, wit and flair. Schubert’s Rondo for Violin and Strings is a masterpiece – virtuosic, fresh, lyrical and imbued with love. Principals Christian Elliott and Malachy Robinson and their ICO colleagues then present the world premiere of Ian Wilson’s Seventh Seal – a new concerto for cello and double bass, commissioned by the ICO. Astor Piazzolla’s ‘tangoed’ Four Seasons of Buenos Aires depicts the seasonal moods of the city through jazzy rhythms and romantic violin solos that ooze excitement, propelling this work to a brilliant conclusion.

The ICO has flourished in recent years under a string of high-profile conductors, including Jörg Widmann, but few of their concerts have matched the dramatic intensity of this one, the closing orchestral concert of the annual Kilkenny Arts Festival.  Michael Roddy, Bachtrack

The Irish Chamber Orchestra is Ireland’s most dynamic ensemble. Mixing traditional repertoire with new commissions and collaborating with everyone from DJs to dance companies, the ICO pushes the boundaries of what a chamber orchestra can do. These days, you’re as likely to find us at the Electric Picnic as Mozartfest, but wherever we perform, the ICO delivers world-class concerts feted for their energy and style.

Each year, Ireland’s busiest ensemble presents concert seasons in both Limerick and Dublin, embarks on two national tours, and makes a series of prestigious international appearances supported by Culture Ireland. Our Artistic Committee works closely with our Artistic Partners to devise exciting, diverse and innovative programmes, mixing standard repertoire with new work – often specially commissioned – from the best young Irish composers. This versatile approach enables us to appeal to music fans of every stripe while upholding the highest artistic standards.

The driving force behind our recent success is our Principal Conductor/Artistic Partner Jörg Widmann, a composer, conductor and clarinettist whose irrepressible energy and pursuit of excellence has enabled the ICO to expand its horizons, attracting outstanding international performers such as Tabea Zimmermann, Igor Levit and James Galway. The last five years have seen ICO perform at leading concert halls and festivals across Europe and release a series of acclaimed recordings on the prestigious Orfeo label. The ICO recently completed a three-year residency at Heidelberger Frühling and is currently orchestra-in-residence at Kilkenny Arts Festival.

Widmann’s enthusiasm and commitment is matched by the orchestra itself, led by the ebullient Katherine Hunka and comprised of 22 outstanding musicians. The ICO’s special rapport, forged over 20 years of playing – and sometimes singing! – together, creates the unique sound that has captivated audiences all over the world.

The ICO is orchestra-in-residence at the Irish World Academy of Music and Dance at the University of Limerick, and is funded by The Arts Council of Ireland/An Chomhairle Ealaíon. 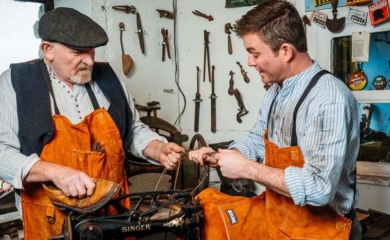 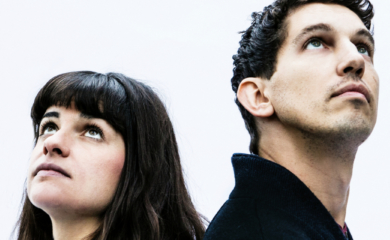