After some time sitting on the couch we are back to real life. Trousers instead of tracksuit bottoms and coffee and a biscuit instead of four gin and tonics and half a cheese cake. In this show Gearóid takes a look at the litany of things in our lives that just don’t measure up. Everything from his generic-looking cat to Shania Twain.

He will also be examining the big issues that really sell tickets like mental health (INSERT SOMETHING SEARINGLY HONEST), Masculinity (grrrr) and relationships (sexy stuff as opposed to splitting bills) and how we’re living in a time when we can say anything we like and it becomes the truth. “Intelligent Reflective comedy”  Irish Times

“The best opening act in his price range”  Joan Rivers

“A Force To Be Reckoned With”  Irish Independent

Gearóid Farrelly’s comedy career got off to a flying start when in the space of a few short weeks he was a finalist in the prestigious “So You Think You’re Funny?” competition at the Edinburgh Festival and winner of Bulmers Nuthin Butt Funny Newcomer competition at the Bulmers festival in Dublin.

A polished live performer, Gearóid’s stand-up appearances for television include “Stand & Deliver”, “Tonight With Craig Doyle” and as a guest of Ardal O’Hanlon for Dave’s “One Night Stand”. In 2012 he made his solo debut at the Edinburgh Festival with his show “Turbulence” winning a five star review in the process (read it here).

He was then invited to support comedy royalty and living legend Joan Rivers for the Dublin dates of her “Now or Never” tour, following these dates Joan Rivers once again asked him to open for her at one of the largest venues on her UK tour, which was filmed for her reality show.

He recently toured the UK as a support act for Sarah Millican. He is a regular at all major Irish festivals. He toured Ireland many times with Neil Delamere in Ireland. In 2019 he supported Patton Oswalt for his Irish tour dates.

Gearóid is the host of the popular podcast “Fascinated” where he chats to people he is a big fan of about their career and work. The series is a must for fans of 90s pop culture. He has interviewed Grammy Winners, Emmy Winners, Oscar Nominees, Eurovision Winners, Tony Winners, Politicians and Olympians. Last summer he interviewed his favourite actress “Cagney and Lacey” star Tyne Daly on stage at the Galway Film Fleadh. 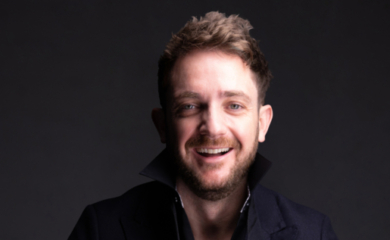 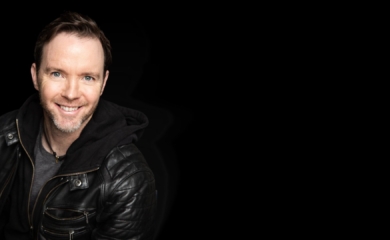