Described as ‘one of traditional music’s finest musicians‘ by Hot Press Magazine, Aisling Lyons is a multi award-winning harper and composer from County Clare who has performed all around the globe. Aisling will perform with the acclaimed County Laois musician Dale McKay, with whom she founded the band Harpanno. Together they’ll share a blissful selection of music for harp, handpan (a new instrument which draws inspiration from Caribbean Steal Drums) and piano. Aisling and Dale will be joined on the night by members of the Music Generation Laois and Music Generation Clare harp ensembles, who have been collaborating with them on pieces of music originally written by Harpanno for their debut album Kickstarter campaign in September 2022.

Aisling Lyons
Aisling Lyons, multi-award winning musician & composer from County Clare has been described as ‘one of traditional music’s finest musicians’ by Hot Press Magazine in 2022 after the release of her debut album ‘Aistear’. She has performed all around the world, from Europe to The U.S, Australia & China. Aisling graduated with a First Class Honours Degree in Irish Music from The University of Limerick in 2018 & as a Professional Master of Education in 2021. She currently tutors harp at The Irish World Academy, Limerick & at University College Cork.In 2021, Aisling collaborated with artist Aideen Barry, on ‘Oblivion’ commissioned by Music Network and the Irish Traditional Music Archives & also performed with Tolu Makay on RTÉ’s ‘Ireland in Music’ & for Michael D. Higgins’ 80th Birthday Celebrations on TG4. Aisling’s debut album ‘Aistear’, supported by Clare County Council, was released in 2021 and has been described as ‘an exceptional CD’ (The Living Tradition), ‘a standout record, flawless’ (Hot Press) & ‘excellent’ (Folk Radio UK).

Dale Mckay
Dale Mckay comes from Portlaoise, Co. Laois and has been playing music from an early age. Dale first began playing drum kit at the age of 11 but soon found his love for the bodhrán at age 14. Since picking up the bodhrán, Dale has gone on to win numerous Fleadh medals and won the Senior All Ireland Bodhrán Championship in 2014. In 2017 Dale also completed his BA in Irish Traditional Music studies at the Irish World Academy. Dale has gone on to tour all around the world playing music in places such as China, Russia, all around Europe and South America with shows such as Celtic Legends and Rhythm Of The Dance. Dale has also worked very closely with the Kristyn Fontanella Dance Company in the creation of two brand new productions entitled “InLimbo” and “The Competition”, both contemporary dance shows that explore Irish traditional dance and contemporary dance. In 2017 Dale discovered the Handpan, a newly invented instrument which draws inspiration from the Caribbean Steal Drums. He soon fell in love with it and began composing music for his new band Harpanno. Now in 2022, Harpanno embark on releasing their debut album entitled “Finding Calm”.

Elaine Hogan
Elaine Hogan is a harper from Ennis in Co. Clare. She grew up with a love for all types of music, but felt a particular pull towards the Irish traditional world. A graduate of the Irish World Academy of Music and Dance, she has produced three albums so far, showcasing her solo work, as well has her collaborations with Sheila Garry and other musicians.

Sheila Garry
Sheila Garry is a fiddle player from Ballynacally, Co. Clare. She is a graduate of UCC and the Irish World Academy of Music and Dance. She has appeared on several albums, most notably her collaboration with Elaine Hogan on the acclaimed traditional album ‘The Shores of Lough Breda.’ 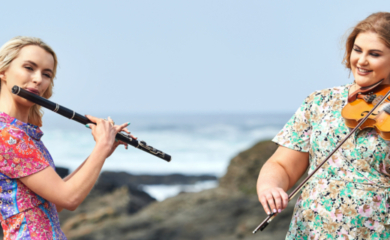 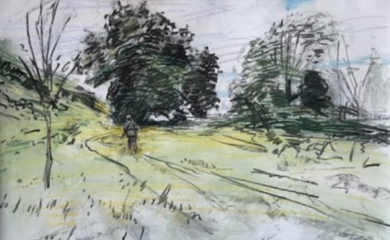 History Week – The Ballad of the Crimson Warrior: A Short Film on a Cultural Revolution 1890-1922 by Mike Hanrahan