Sitting in-between the two worlds of traditional and contemporary, IN LiMBO takes a journey where few have gone within Irish step dancing. The four live musicians and ensemble of six dancers have taken the basics of what makes the tradition so attractive and translated it into a new but still recognizable language of music and dance. This production introduces the audience to another possibility within a dance form that they though they already knew.

The creative life of an Irish dancer is relatively undeveloped past competition and show dancing – Kristyn Fontanella believes that many Irish dancers shy away from questioning the established norms of their dance form. The questions the company has asked and the ideas they explore through this piece are vital to the ongoing life and development of traditional Irish dance.

Take whatever chance you can to see this: whether you know dance or not, you’ll find something new. Laura Cummings, Limerick Fringe 2017

Originally from Connecticut, Kristyn Fontanella currently resides in Galway and has spent years ahead of the curve bringing her Irish dance training to bear on her current more contemporary work. She spent years dancing in professional shows going on to achieve an MA in Contemporary Dance Performance from the University of Limerick and becoming an in demand tutor and choreographer whose reputation is quickly growing. Her dance training in multiple disciplines and background in theatre have served her well on her journey to enrich and inform and inspire. She was the recipient of Dance Ireland’s Mentored Residency in Traditional Dance with Colin Dunne in 2014 and was the 2015 Traditional Bursary recipient from the Arts Council for her current piece IN LiMBO 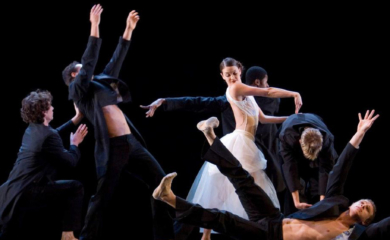