Home › Getting Out For The Night with Fred and Julie: Cancelled

Getting Out For The Night with Fred and Julie: Cancelled

Please note this event is cancelled. Please contact box office for a refund.

Getting out for the Night with Fred and Julie

Julie Jay (RTE RnaG, Virgin Media’s The Line-Out) and Fred Cooke (The Tommy Tiernan Show, DWTS 2019) have had a baby and they really need to get out for the night, so they’ve decided to go on tour and give his grannies some much needed bonding time.

Join them as they chat about car seats (the baby’s) sleep deprivation (mostly Julie’s) and sore nipples (predominantly Fred’s). Aside from discussing their new housemate they will be talking relocating to the West, reinventing ourselves in this new COVID world, and how Paul Mescal will be the only human who will look back at 2020 as a good year.

Comedy genius; he has so much energy that he could power a small village in the west of Kerry   The Laughter Lounge

Best known for his TV work, Fred has been a regular on the highly successful RTÉ shows, Republic of Telly, The Fear and The Tommy Tiernan Show. He was a semi-finalist on RTÉ One’s Dancing With The Stars in 2019
His musical sketches are a constant success with several Republic of Telly| Hidden Camera Pranks going viral on Youtube.

Fred is a staple of the festival circuit, performing at countless festivals at home and abroad such as Electric Picnic, Kilkenny Cat Laughs Festival, Vodafone Comedy Festival and Edinburgh Fringe Festival. He has supported comedy legends Ardal O’Hanlon and Tommy Tiernan, and has shared the stage with comedy heavyweights like Eddie Izzard, John Bishop, Dara O Brian, Kevin Bridges and Sarah Millican.

Julie Jay is a comic who has taken the comedy world by storm in recent months and already has many impressive accolades under her belt, including winning the Forbidden Fruit Comedy Search 2017 and performing at all major festivals (Body and Soul, Alltogether Now, Electric Picnic, Vodafone). She has also supported the biggest names in comedy, including Neil Delamere, Ardal O’Hanlon, Alison Spittle, has been resident support act for Tommy Tiernan on his Paddy Crazy Horse Tour and most recently has MCed the 2019 series of the Tommy Tiernan Show.

One of the most exciting new voices on the Irish comedy scene, her on-stage warmth accompanied by a sizeable side dish of distinctly Irish self-deprecation. Wry wit, neurotic ponderings and clever joke-writing make her an act not to be missed. 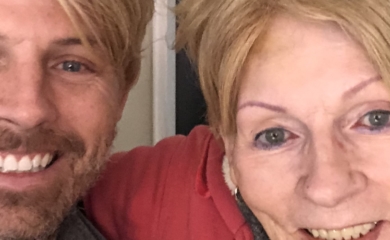