Tickets €8 plus €1 booking fee
Duration: 50 mins approx.
Availability: Performance will be available to view until 8pm Sunday 25 April once purchased

Availability: Performance will be available to view until 8pm Sunday 25 April once purchased

Folk Nights at glór is a series of ‘folk-club’ performances created specifically for viewing from your couch, showcasing some of our finest folk musicians locally and nationally. In this series we explore Folk and what it means for the artists who make it. Join us online for some intimate concert performances in glór’s spaces, lit and filmed to capture at least some of the magic of live! Experience explorations in folk and hear the musicians in conversation with series curator Paula Carroll, on how music-making has changed in today’s world.

Dermot Sheedy, from Co. Clare, first came to prominence as the percussionist with Ciorras, a new band formed by Donal Lunny as part of the TG4 series Lorg Lunny. Since then he’s gone on to bigger things and an international touring career with Hermitage Green. Back home again now in lockdown, he proves himself a sensitive and imaginative collaborator in the folk world.

Aisling Lyons from Co. Clare is one of the rising stars of the Irish harp world – rooted in tradition and beautifully inventive. She is also an accomplished concertina player and trails a string of accolades on both instruments. She comes from a musical family in Co. Clare, her parents and brother (see below) being multi-genre singers and instrumentalists.

Sean Lyons from Co. Clare is one of the county’s most sensitive folk singer / guitarists. From the same musical family as Aisling Lyons, he is also a piper and whistle player. With his striking lyrics and imaginative melody-making, he has also proven himself a fine song-writer in folk and other idioms.

WHEN CAN I WATCH IT?  Once purchased, the event will be available for you to watch for 72 hours.

HOW CAN I WATCH IT?  Your order confirmation was sent to your email address upon purchasing – sent from: messages-noreply@ticketsolve.com. Please check your junk mail if you cannot locate your order confirmation email in your inbox. Click the link in your email to access the Streaming Room, where the performance will launch at 8pm tonight. The Room will open 30 minutes prior to tonight’s performance at 7.30pm.

In your confirmation email there is also a Streaming Room Access/Entry Code in case you get locked out of the Room.

CAN I SHARE MY LINK?  No. This is for your home use only. When you open your unique link, it attaches your IP address to that link. If multiple IP addresses are used on the same link, it will block the Stream for everyone.

CAN I WATCH IT MORE THAN ONCE?  Within the 72-hour period from purchase, you may be able to view it more than once in your own home as it links to your IP address. It all depends on how many times you click the link so be careful that you only click the link when you wish to view it. Too many clicks will eventually lock you out as the clicks are limited.

CAN I PAUSE, FAST FORWARD OR REWIND?  Folk Nights at glór can be paused, fast forwarded and rewound. 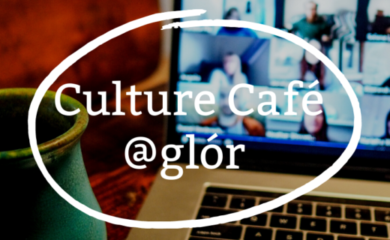 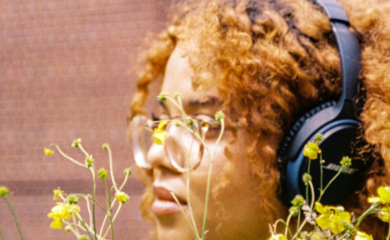